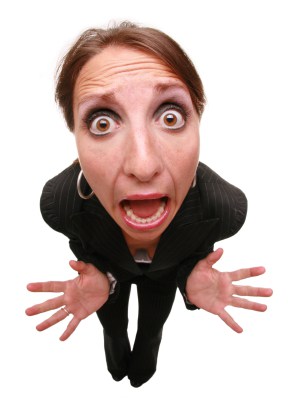 These tips should help you with the decision process  & allow you to not fall into the traps of unscrupulous corporate entertainers & illegitimate agencies.

2. Some of these acts, and for some reason, again these seem to be magicians, advertise that they are either international acts of having been seen by X amount of countries.

Upon quizzing a few of these so-called international acts, it appears that when on holiday they performed a few tricks for the locals, unasked, unpaid.

One of the most jaw-dropping stories I heard recently was that an Australian magician had contacted a reputable corporate entertainment agency, of which I have had a lot to do with (www.actionentertainment.com.au), & amongst his promo material, he had told them that he had “been seen in over 160 countries”.

Upon asking the entertainer how this had occurred as they had not heard of him before, his response was that he has a YouTube channel, & has had a lot of views. I, along with my peers found this to be atrociously misleading to corporate clients.

3. Look into the entertainer’s testimonials, & their “street credibility”,  for example, if they have performed on television at all, consulted for media, they have images from past performances, & any other indicators of a successful & quality corporate entertainer.

4. Illegitimate agencies or “boutiques of magicians” that are running without a license. All entertainment management, agencies, or speakers bureaus, must operate with a current license, which is renewed yearly by the Department of industrial relations.

They must comply with the laws regarding entertainment agencies, & you are in much better hands if you go with a reputable, licensed agency.

5. Again, magicians seem to be posing as living in every city within Australia. Do your research, type their name into Google, and next to it, type “fraud”. You will be amazed at what comes up.

I can think of one magician from Queensland of whom it was discovered had opened up websites based on each city, and in each city, this magician claimed to be a local entertainer.

6. Risk the entertainer not showing up? The same magician mentioned above was also found to have been deliberately booking multiple events at the same time. The tactic was to take a booking, for rates that he knew were less than the standard rates, and he would keep them.

Once a second booking inquiry came in for the same date, he would charge more than the standard rate, much more. Each time that a new, & more expensive booking would come in, he would palm off the original gig to a lesser known magician, and for a fraction of the cost, keeping much of that performance fee for himself.

This is illegal & immoral. Learn about your entertainers & your agency. I, & my peers will 100% be at your event if we are booked, & the reputable agents will also ensure their entertainers will be too.

7. Quality. Above all, do research on the entertainers quality. Corporate entertainers are priced at different rates, and there is quite a good reason for this. In every industry, the cheapest usually means the least quality.

You don’t have to be hiring the most expensive corporate entertainer but aim for quality, ethics, & strong supporting material & you can’t go wrong.