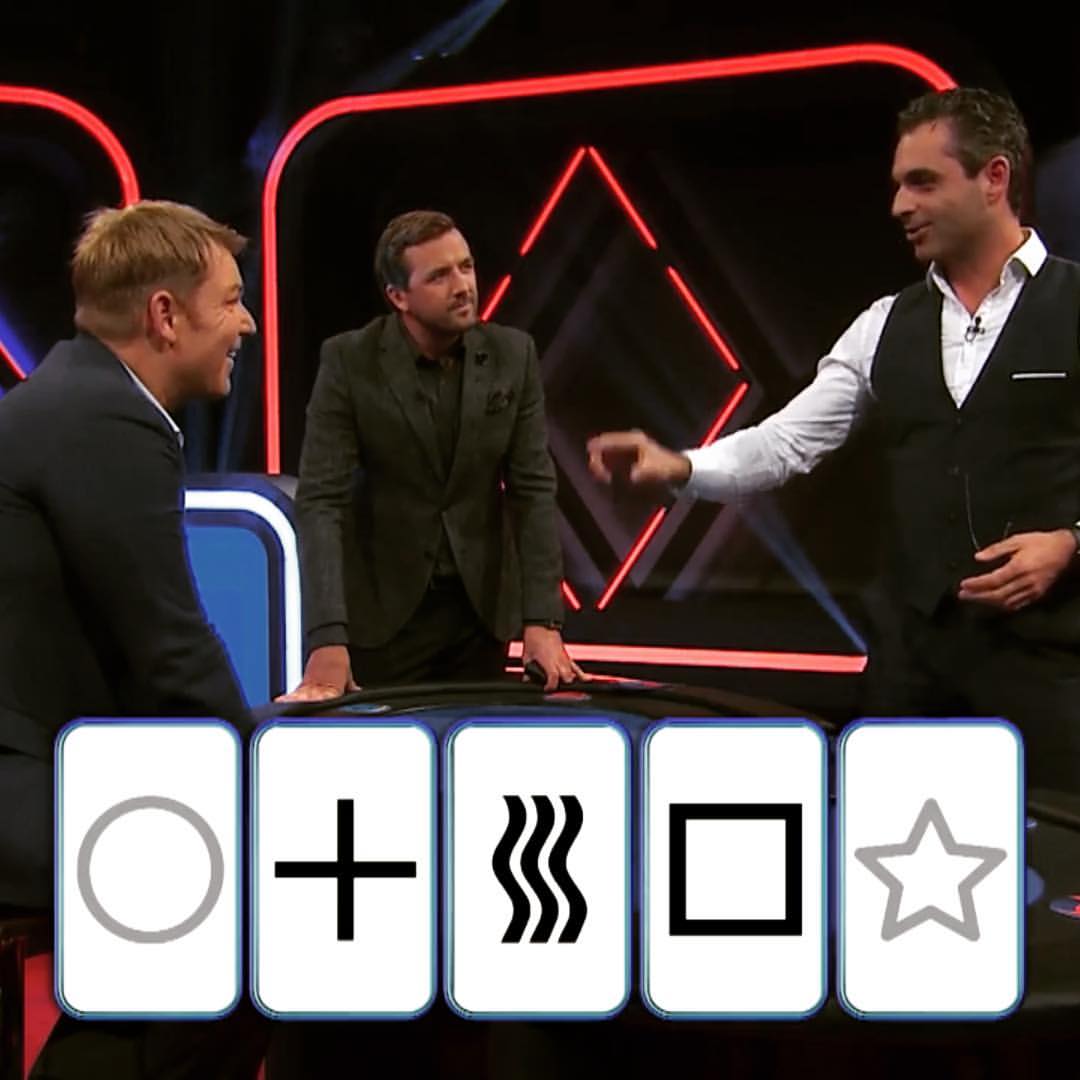 I’m often contacted by television and radio shows to either consult on an episode, train cast members, or perform a guest spot, but in the case of Channel Seven’s behave yourself, I was fortunate enough to do a little more than just one of these roles.

I was initially contacted by the people behind the creation of the show at Eureka productions.

What grabbed my attention initially was that the small team working on this show were not only dedicated to the show they had created, but they were dedicated to building an entertaining show that was based on the fascinating world of human behaviour and psychology as opposed to much of the mind-numbing content on TV these days.

Our first meetings were via Skype, and I didn’t have to be a professional body language or micro-expression expert to see the excitement and enthusiasm on their faces… Immediately I was on board.

Over a few Skype conversations and emails, I was consulting, offering avenues for research, known experiments, and ways of demonstrations human behavioural phenomena. It wasn’t long before I was on a flight to Melbourne to meet with the crew to now discuss an on-air demonstration.

The routine I had worked on and hoped to perform on the show was not the one of which I performed. My idea was, in short, to use all six panellists from the show and distinguish the liars from the truth-tellers.

It was only because we wanted a routine to challenge both Aussie Cricket legend, Shane Warne, and funnyman Lawrence Mooney, that we ended up going with the routine of which was performed. There was less chance for humour in this routine, however, it was a great opportunity to sit Shane Warne at a poker table and play a little one on one lie detection.

Obviously, the opportunity for digs and gags were there with Shane however, I made the decision to not go there out of respect for Shane. He’s simply just such a nice bloke and he deserves my professionalism.

Lawrence Mooney is also possibly one of the nicest guys in showbiz. I couldn’t give him much shtick even if I wanted to!

Shane, being an avid poker player is well versed in deception and bluffing. I had an advantage this time. That of which I don’t have in my shows – There’s plenty of footage of Shane and Lawrence online, and it didn’t take much to figure out their tells in order to distinguish the truth from lies.

Unfortunately for the TV show, viewers seemed too quick to jump the gun and slammed the show for being a copy of “Have You Been Paying Attention”. I found this to be most unfortunate as the only parallel was that there were celebrity panellists answering questions. If the viewers stopped and thought about this for a moment they would’ve realized that having celebrity panellists is an age-old aspect of a variety of quiz shows. look at the UK’s “QI” for example, which was hosted for many years by the incredible Stephen Fry.

Human Lie Detector Phoenix the “Mind Guy” – Behave Yourself from Phoenix on Vimeo.

The content of “Behave Yourself” was based around the fascinating world of human behaviour and psychology, yet it took a fun step of demonstration these hilarious and interesting facets of psychology on both the audience and the panellists. Something unique to Behave Yourself.

Where Behave Yourself came undone I believe, is that they aired their first episode int he same time slot as Ninja Warrior, which virtually broke records in its ratings during its first season.

Those leftover viewers who were not either out, not working, or watching Ninja Warrior were rather slim pickings, and probably not the right demographic to enjoy Behave Yourself.

Couple this with the odd and shameless self-plugs from Guy Sebastian in a previous episode the series, in my eyes, unfortunately, didn’t accelerate to enough speed before trying to lift off.

Personally, I think the Australian public jumped the gun on this one. It would’ve been great to see entertainment with actual educational and fun content being aired in Australia.