Working with Taylor Kitsch - "Gambit" on the set of XMEN Origins: Wolverine

Initially when I started writing this blog, I found that the stories & events that unfolded during this time of my life kept me writing for several pages, and that was before we even got to the filming stage of the story, let alone the adventures that followed. 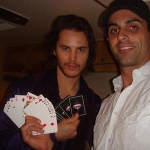 I have kept those pages, and will perhaps release them one day in a book I hope to write, recounting some of the amazing, and incredible experiences I’ve encountered along the way, but for the sake of this blog, I will keep this as short as possible.

Training “Gambit”. The most amazing part is that initially, I didn’t really understand what this meant, and what a privilege it was. What’s even more amazing is that I very nearly turned down the opportunity as I didn’t like the idea of teaching tricks & card work to a celebrity. Little did I realize, this would eventuate in some of the best days of my already adventurous & somewhat bizarre life.

Working with Taylor Kitsch was fantastic Realistically, I couldn’t have been happier with this actor. The dedication and hard work that isn’t obvious when simply watching a film is what I came to learn. 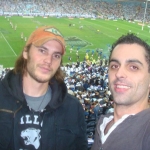 Kitsch trained every aspect of the role. By the time I met him, the lines were already learnt, and that was not a issue, he dedicated the time to learning card work, and not just learning the mechanics, but a variety of details, from flicking cards from a distance with stunning accuracy, to dealing an entire table cards with only the movement of one thumb.

The casino scene in XMEN Origins: Wolverine didn’t showcase enough of the skills Kitsch had trained for. It was a matter of learning several flourishes, almost like creating an arsenal of card stunts that could be used. There were a few obvious ones, such as fancy dealing, shuffles, fans, and card flicking, but several others were learnt also.

Considering the time Kitsch had to learn such sleights, he did a fantastic job, and sitting at the table, (out of shot next to the camera) was an incredible experience, one of which made me very proud of my student Gambit, as one of the sleights he learnt on the fly ended up in the official movie trailer. 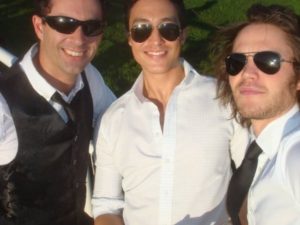 Then there was off the set, and outside of our training time.. What I didn’t expect was to form a friendship involving everything from hitting the racetrack with Kitsch, Hugh Jackman, Daniel Hennery, & several others from the cast, to a paintball match with several of my martial arts students, of which he & I were the last two standing… before he annihilated me in the final battle..

There were times during filming of which we spotted paparazzi hiding in some obscure places trying to catch a glimpse of anything to do with the film set, and other moments that involved a quiet drink with friends by the beach. 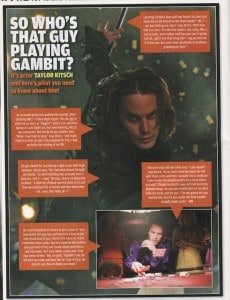 One of the more surreal moments was early in the training days when actor Kevin Durand recognized me & told me he had heard a lot about me and what I do.

Kevin (Blob), along with Danny (Agent Zero), Hugh (Wolverine), Kitsch (Gambit), & Lynn (Silver Fox) were some of the most gracious, fun, and down to earth people I’ve ever had the good fortune of working with, including World Series of Poker Champion, Daniel Negreanu.

In my adventures of travelling the world, & performing on a variety of stages, both on land and the largest stages at sea (cruise ships), and on a variety of TV shows, these months were some of my favourite.

I still occasionally hear from my friend Taylor Kitsch, and am thrilled every time I see a new movie coming out with him playing the lead role. Don’t ever discount just how hard this man has worked to get where he is. Some of the stories I heard reveal the truth behind the struggle of earlier days.

As for me? While this chapter closed, the adventures keep rolling in, and every day is exciting as I never really know what will unfold. Below is what I have been up to lately – perhaps more suited to consulting for “Professor X” these days..?